It’s nobody’s guess that the compact SUV market is one of the most competitive segments in India, with models being launched at an unbelievable pace from various manufacturers. While Hyundai and Kia are leading in terms of quality and equipment, what turns away many buyers is the slight premium they demand over the more affordable rivals in the very same segment. And this isn’t to say that the affordable ones are lacking in terms of outright performance, comfort, drivability, style, and features – in fact, the SUVs we’re about to list out offer the best value in this segment. Compact SUVs have certainly come a long way since Premier Rio, and we tell you about the ones you should be looking at.

We absolutely love how the Magnite looks among its budget SUV counterparts, and we’d recommend it for its looks alone. It’s a mix of sharp lines, butch appeal, and perfect proportions. At the front, it features LED headlights, indicators, L-shaped DRLs, and LED fog lights. The 16-inch wheels, though, look a bit small but the dual-tone paint theme gives it a ‘lively’ appeal. The grille is typically Datsun. At the rear, the raised impression on the tailgate gives it a muscular stance.

The cabin is rather simple and doesn’t quite match the sharpness on the outside. The doors don’t shut with a solid feel and the plastic quality inside is just about alright. The dashboard is well shaped and the 8.0-inch touchscreen is from the Triber. It gets features like wireless Apple Car Play and Android Auto, a 7-inch fully-digital instrument cluster, and a 360-degree camera.

The new Nissan cars come with two petrol motor options: a 1.0-litre, 3-cylinder naturally-aspirated petrol, and a 1.0-litre turbo petrol engine. The latter comes with the option of a CVT and a 5-speed manual transmission.

The Nexon facelift received a number of changes, most of which are at the front. It gets a new grille, slender headlamps, and a restructured bumper that sports C-shaped surrounds, along with a neatly integrated bull bar and a faux scuff plate, giving it the stance of an SUV. Even the bonnet is new, and the Nexon, having scored a full 5 stars at the Global NCAP crash tests, makes it the safest SUV on this list.

The cabin is identical and the dashboard looks well built with that free-standing screen on top. The AC vents get a chrome outlining and the flat-bottom steering looks sporty, while the digital LCD instrument cluster is familiar Tata fare. It gets a huge digital readout for the speedometer. The quality of the cabin has improved too.

The 1.2-litre, turbo petrol, 3-cylinder engine tends to vibrate a bit at idle but settles down once you floor it. And once the revs rise, the level of refinement improves, and the motor snarls at higher revs. The 6-speed manual isn’t particularly smooth, making it a bit troublesome in the city.

Even after all these years, the Duster continues to be one of our favorites. The design continues to impress even after some facelifts, and the most recent revision has made it more attractive. There are red accents on the front grille, the wheels, bumper, badging, and of course, the stylish alloy wheels. It is also sold in a new Caspian Blue color.

The interior, however, is a bit too long in the tooth, and compared to the other SUVs in this list, it has the basic design layout with a lot of hard plastics around. It also lacks the features the other two SUVs here offer, but space for its occupants is more than sufficient. And lest we forget to mention, the spacious 475-litre boot. It gets features like xenon or LED lights, dual airbags, ventilated seats, ABS and EBD, and a sunroof.

Powering the Duster is an all-new 1.3-litre turbo petrol engine that makes 153bhp, and the response from the engine is impressive. Power is delivered in a linear manner, and the motor loves to rev. The Duster continues to be a breeze to drive, and it cruises at three-digit speeds without any fuss. The high seating and good visibility only add to the experience and the suspension setup along with an able chassis makes it the most rugged SUV here. It may not be futuristic in some ways, but we know people who like modernized, old-school SUVs. Also, grab the latest info on the new cars, only at autoX.

Benefits of renting a motorbike when exploring Mallorca (Spain) 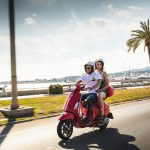 Benefits of renting a motorbike when exploring Mallorca (Spain)

May 26, 2022
Car Donation Through Charity And Implications 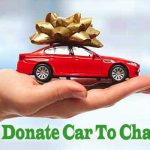 Car Donation Through Charity And Implications